AirScrape® is a side skirt sealing system for belt conveyors, which has been developed, patented and manufactured in Germany, to pristine quality, safety and environmental standards.

This contact-free conveyor skirt sealing system, which acts a highly-effective side seal, is suspended over the conveyor belt. By means of the unique diagonal arrangement of hardened lamellae, air is led from the outside into the middle of the belt, thus creating an air suction. The material movement and the moving belt support increases the suction effect, so that fine dust particles remain in the conveyor section. Additionally, coarse materials pushing outward are led back to the middle of the belt by the lamellae significantly decreasing spill.

The innovative AirScrape® design has a triple positive effect. This conveyor belt sealing system reduces the spill and dust formation at the transfer points and other critical sections in the conveyor chain. Additionally, because this skirt sealing System hovers freely above the conveyor belt, skirt friction and belt damage are eliminated and service life of every component of the conveyor is extended. 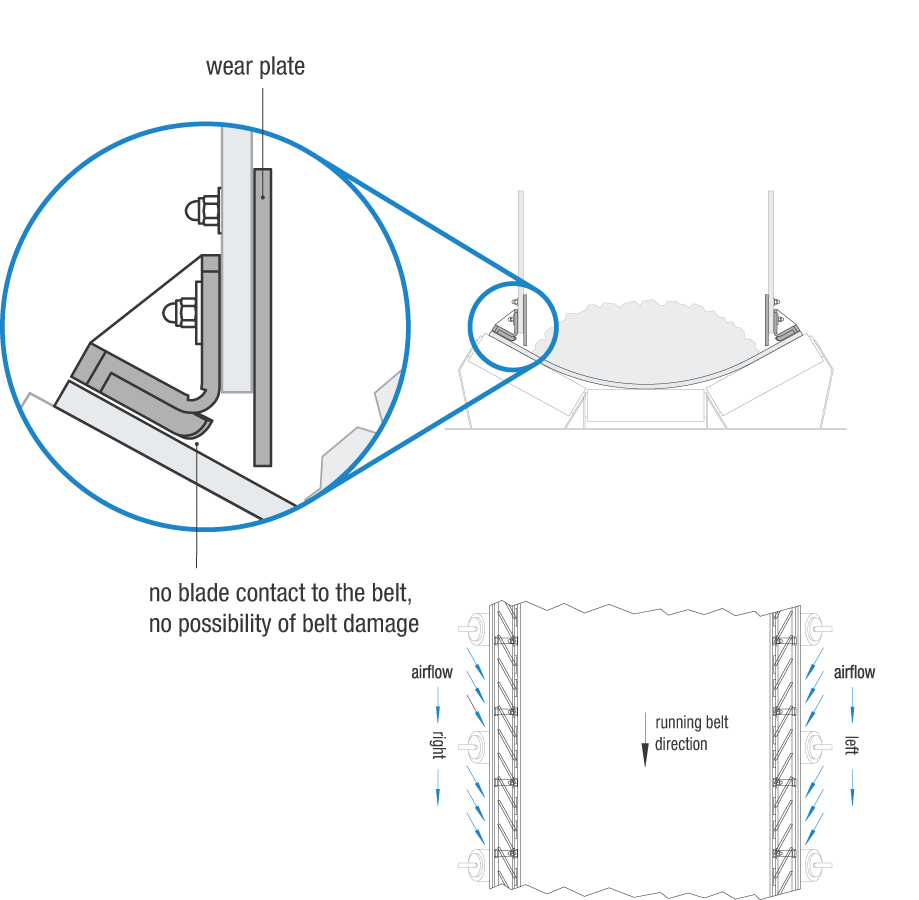 Comparison of AirScrape® and conventional side sealing

The photograph shows the situation at the transfer point before and after modification with AirScrape®. In direct comparison the effect of the AirScrape® is clearly visible. Dust formation and spill can no longer be seen. 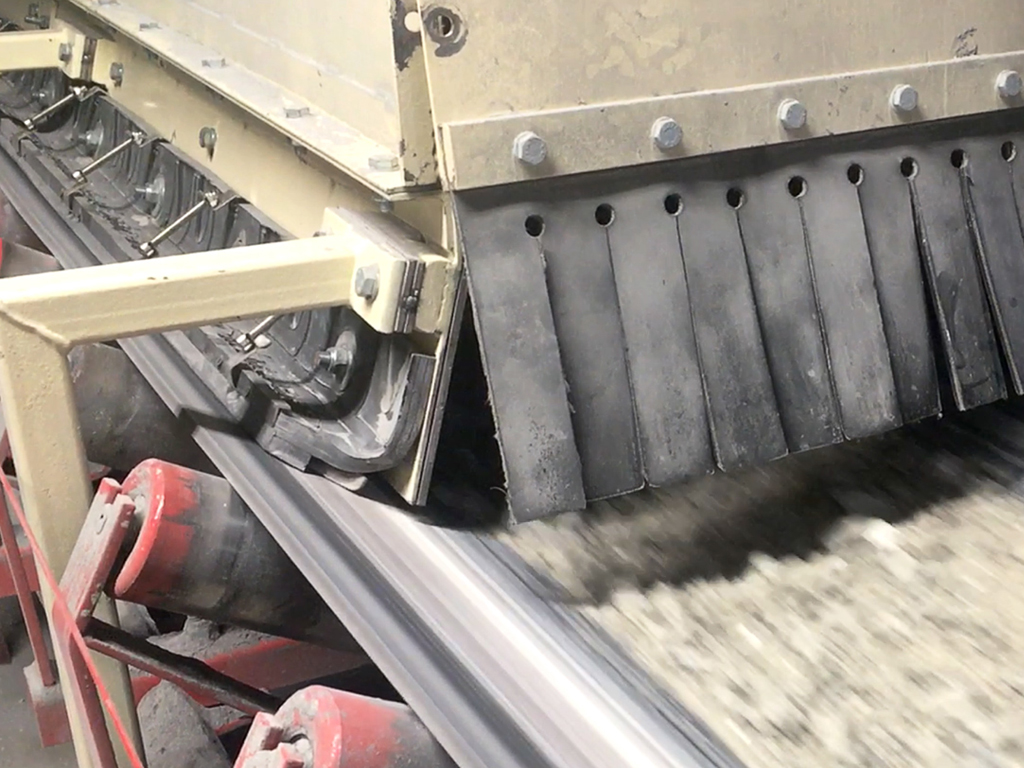 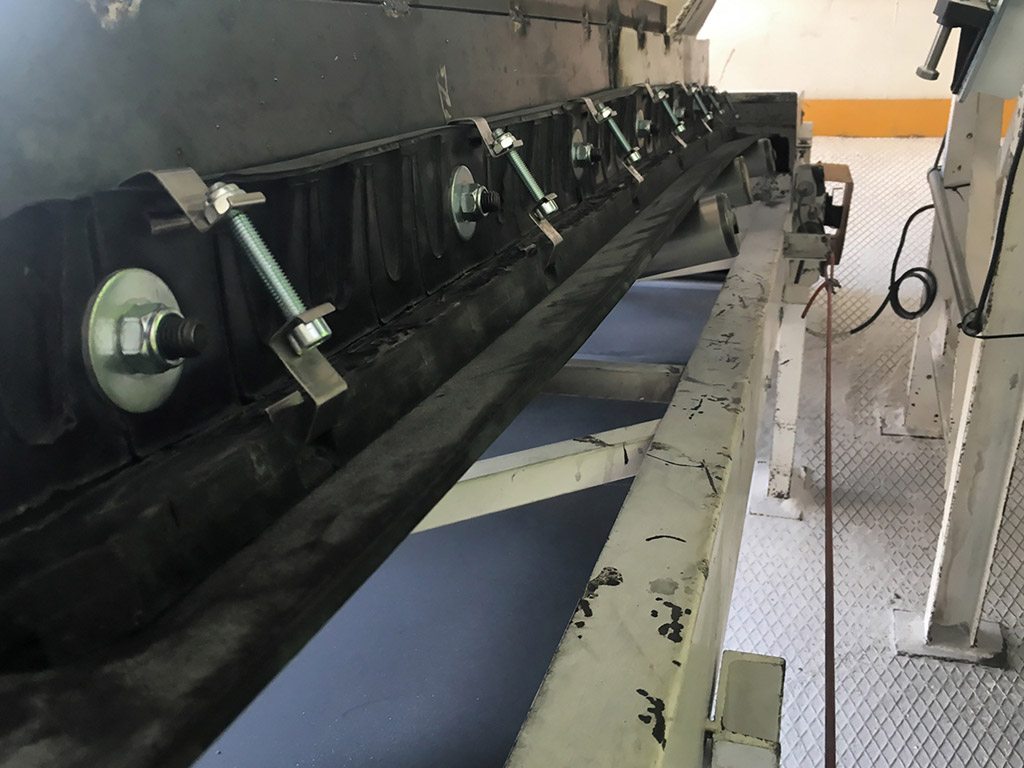 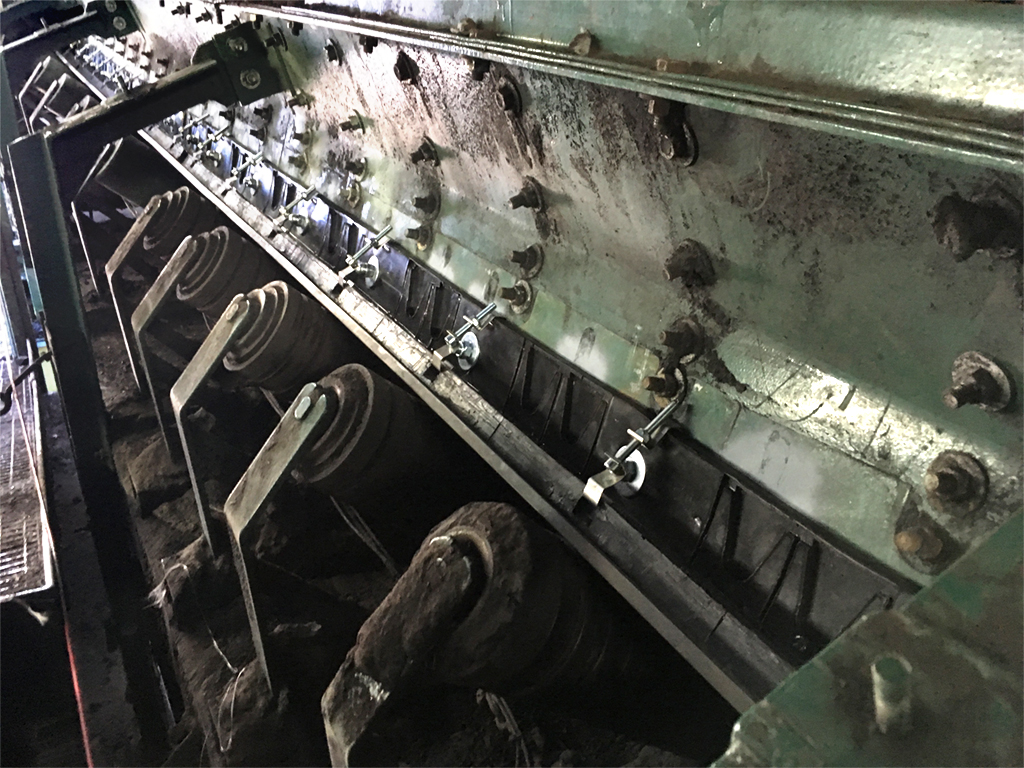 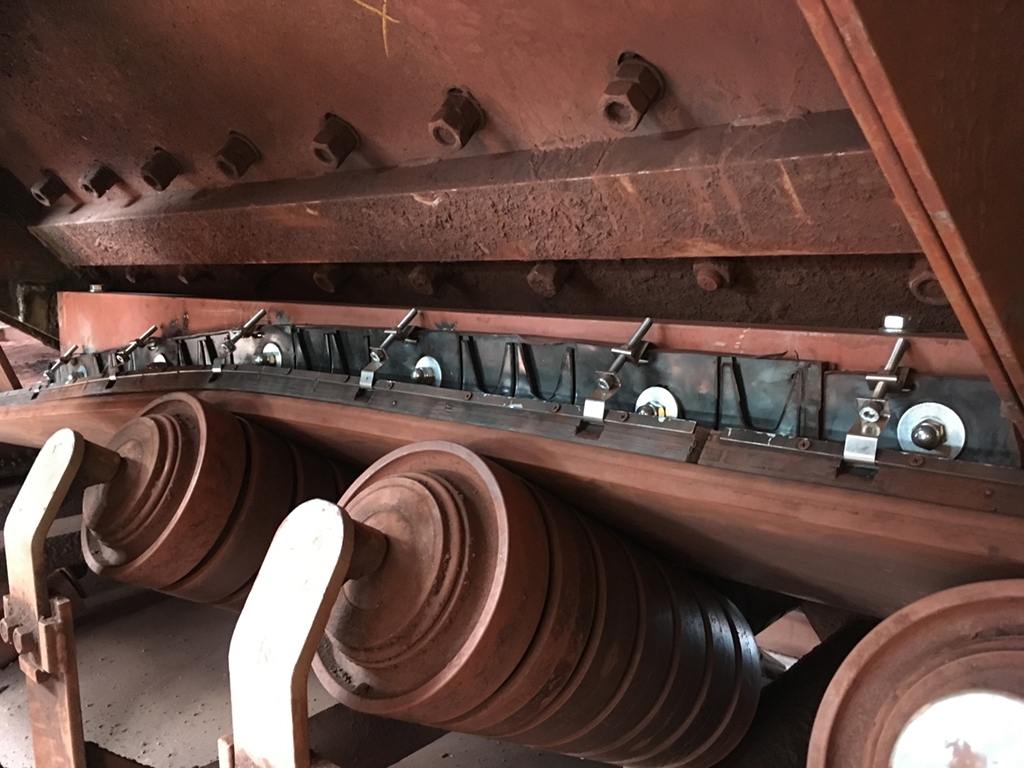 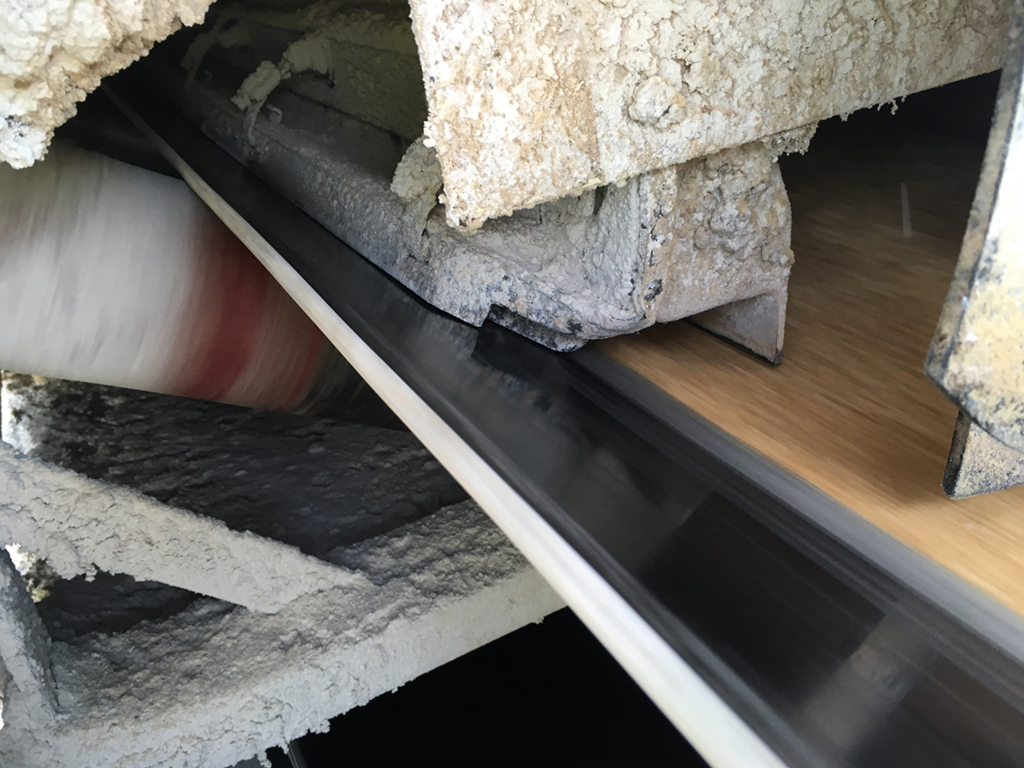 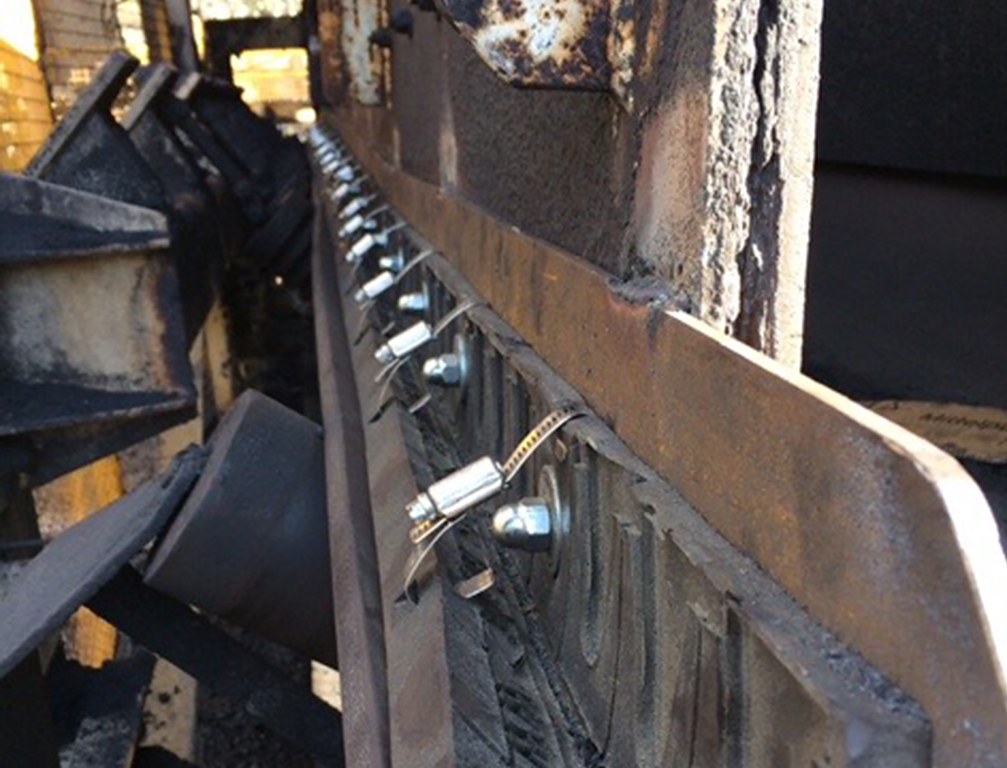 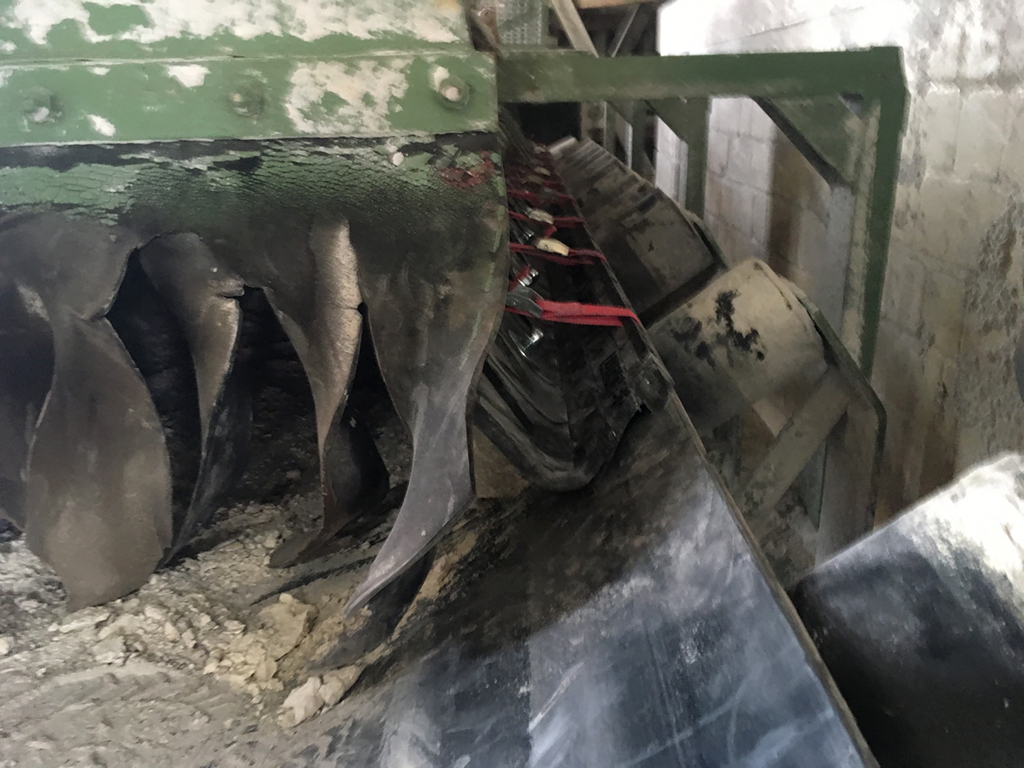 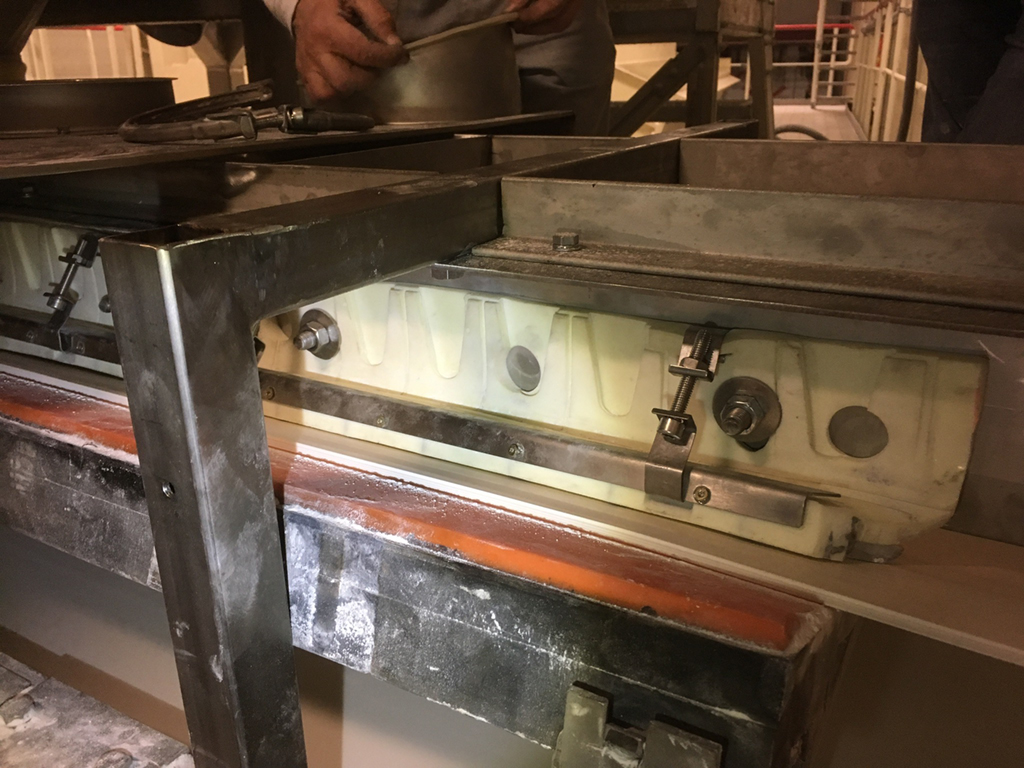 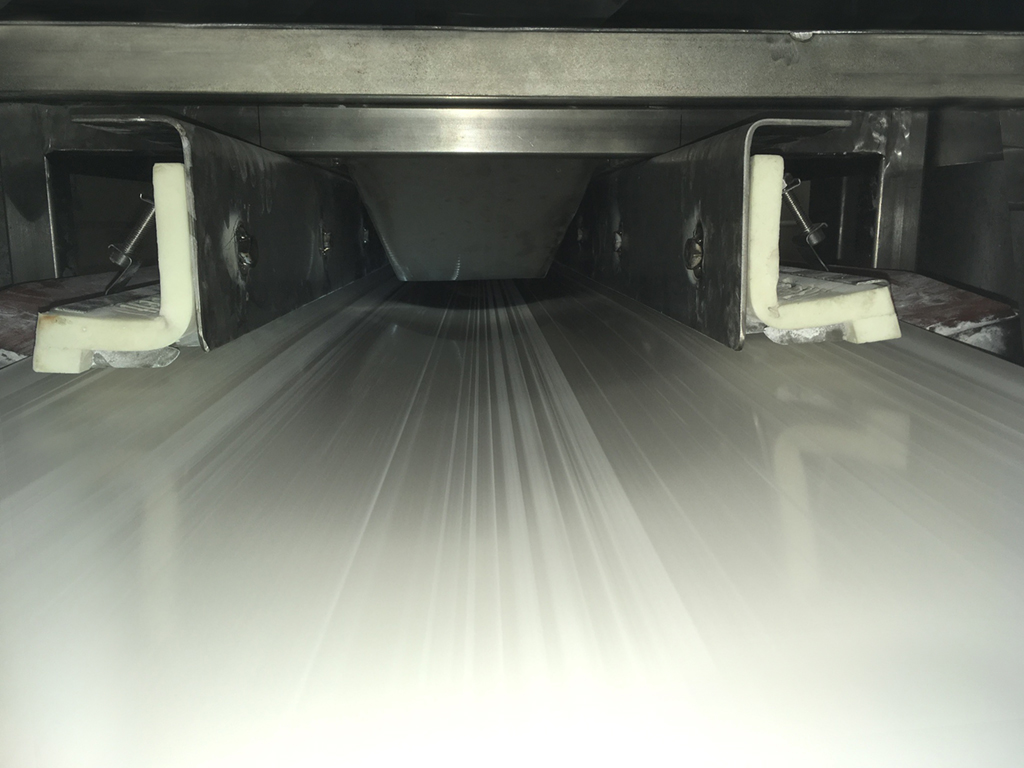 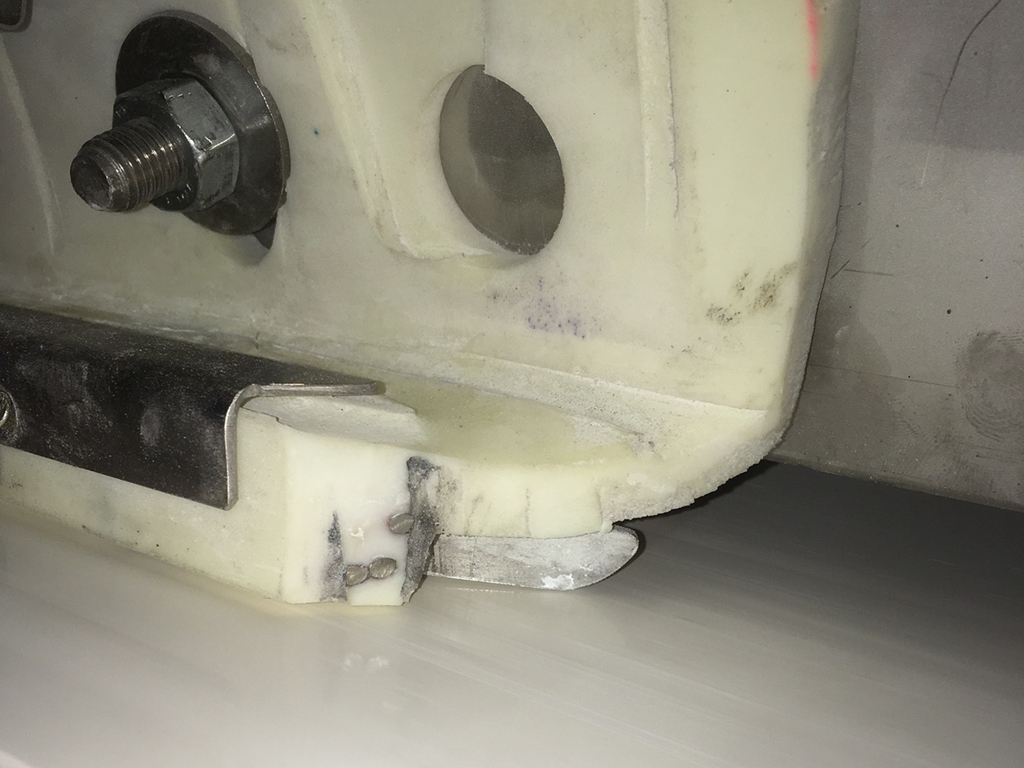 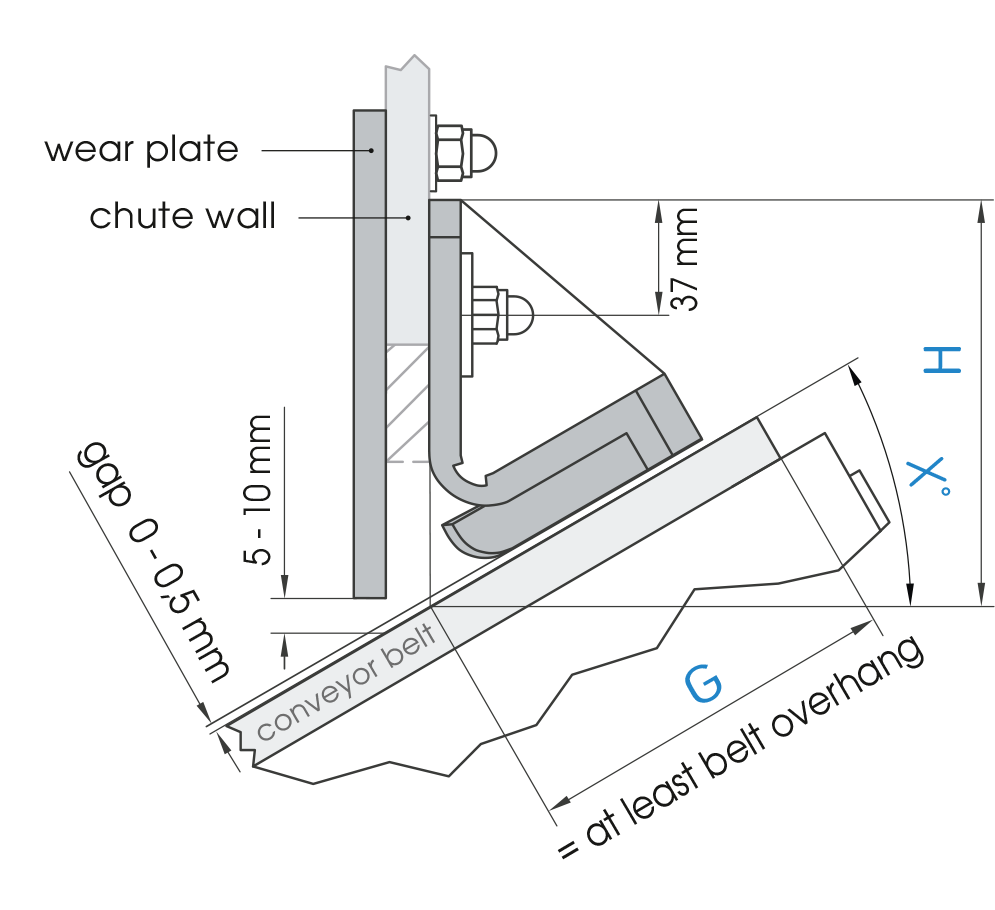 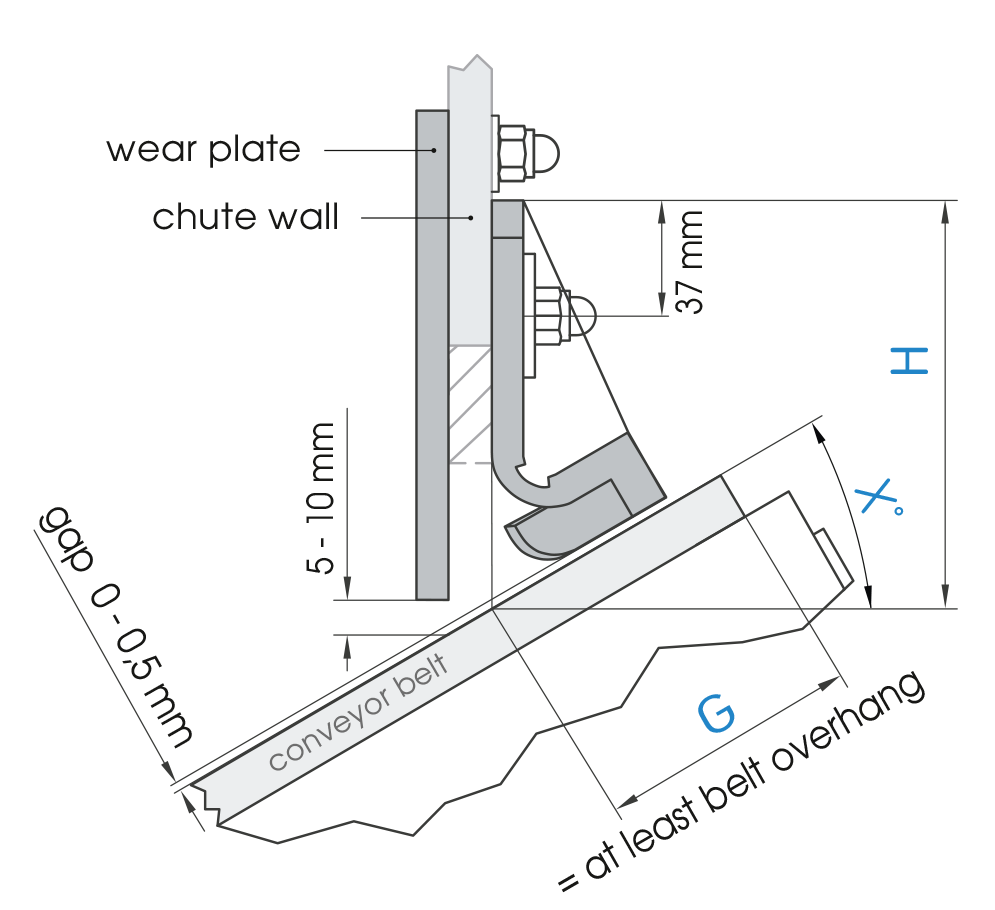 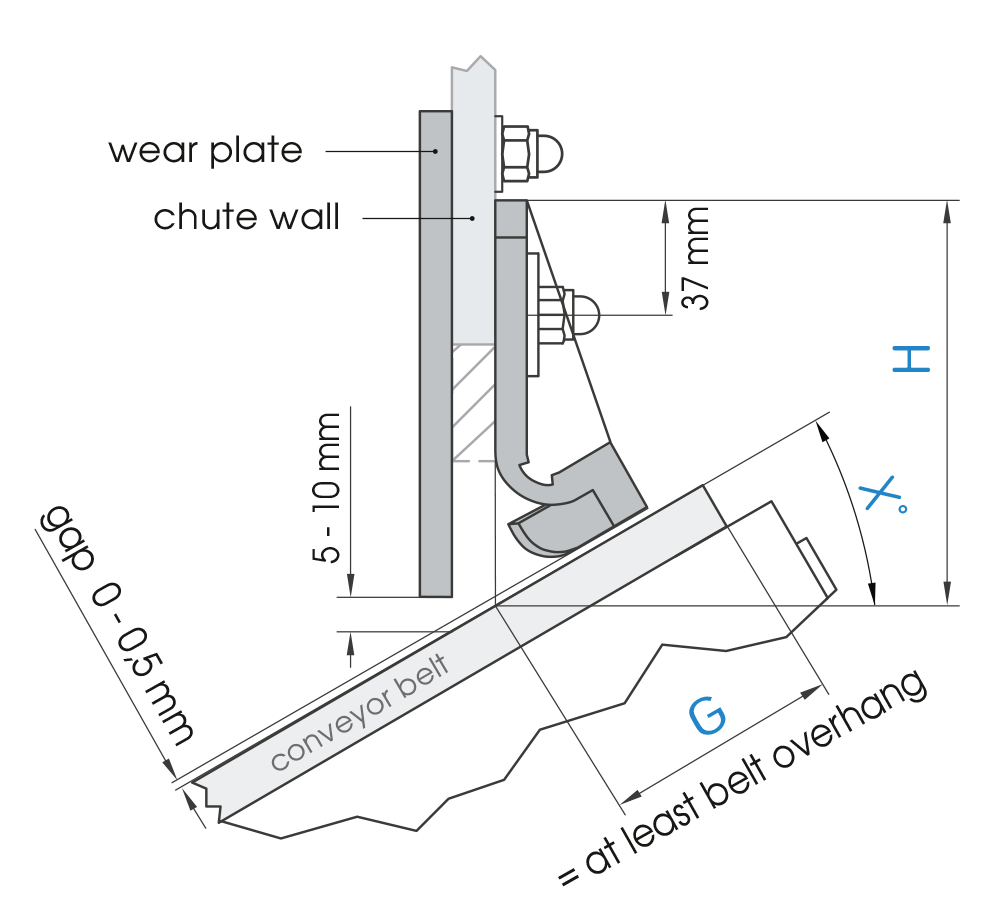 What type of AirScrape®-variety is required for my conveyor system?

It takes minimal data to find out what type of AirScrape®-variety you need for your conveyor system. Simply fill in the trough angle and the belt protrusion of your system that you would like to fit with AirScrape® and allow us to do the rest.
X° (Belt protrusion in Grad)
G (Belt overhang in mm)
Left side
Right side
You need 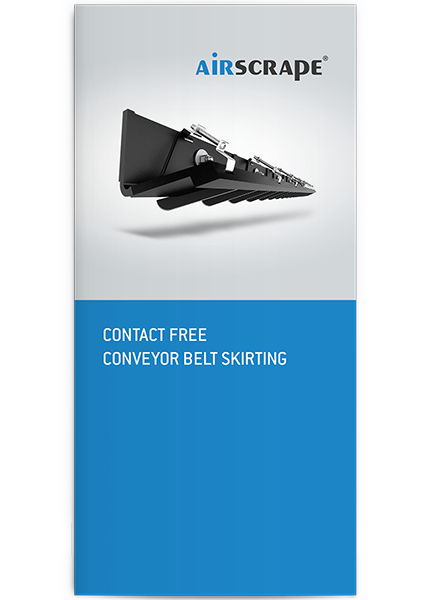 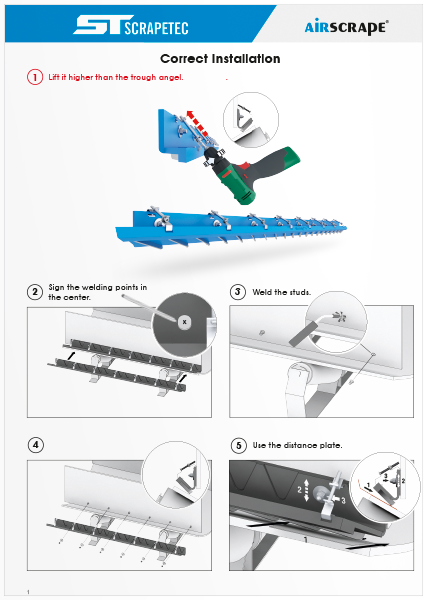 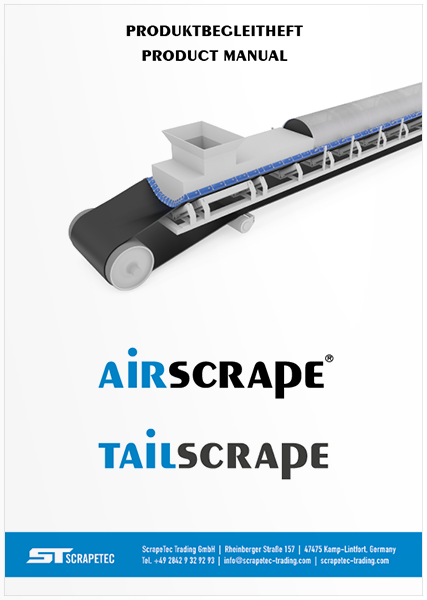