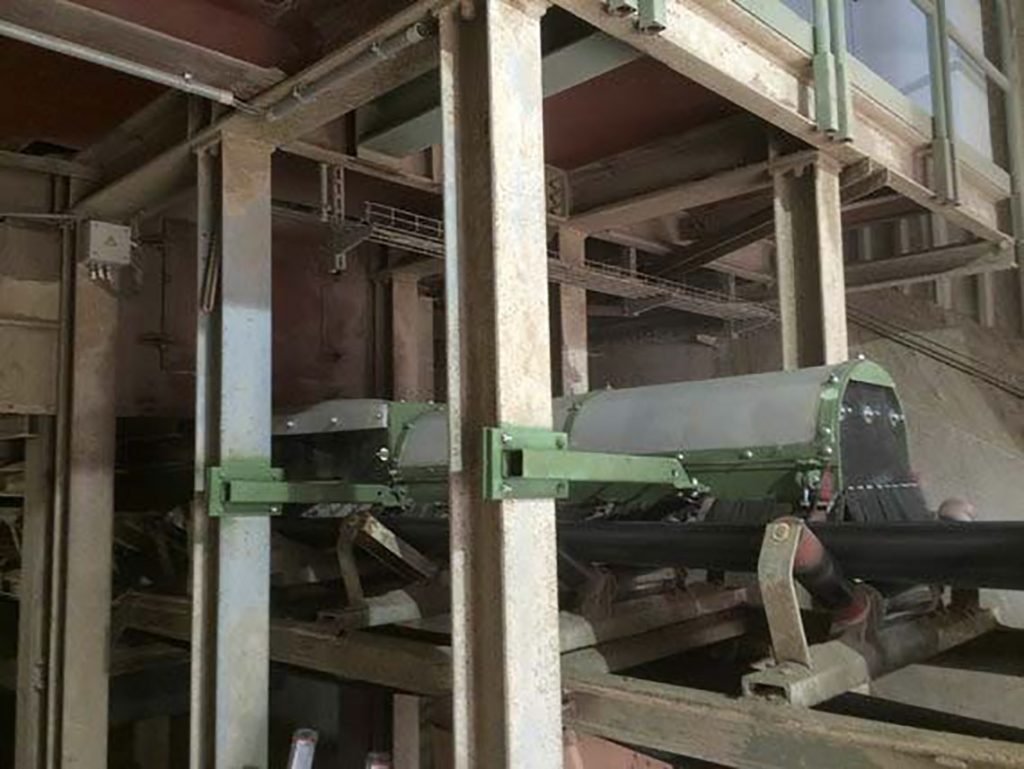 The Rump & Salzmann Gipswerk Uehrde GmbH & Co KG, had regularly occurring problems with dust and loss of material at the transfer point from the rotor crusher to the belt in their dolomite quarry in Uehrde. Tons of material spill and frequent maintenance at the sealing of the transfer point were common. In the company’s search for a long-term solution, almost all sealing systems available on the market were considered. None of the products could solve the problem on the long-term.

Uwe Schridde, operations manager at Rump & Salzmann, decided to apply the AirScrape at the problematic transfer point. After one year of operation with the AirScrape he summed up the results and found that since the AirScrape had been installed, there was no more material spill and the dust emission on the sides was reduced close to zero. Cleaning work was not carried out during that time. In addition, there was no wear and tear at the side sealing and the belt, thus there was also no maintenance work necessary. Because of the lack of friction, the required drive power for the belt was reduced. The absolutely positive results lead to the decision to supplement the AirScrape with the matching filter cloth additionally offered to control and reduce the dust emission at the front of the transfer point.

The effect was striking. The plenum was “opened“ and not closed as normally common. The opening had an effect on the process air that escapes through the filter cloth. The dust particles are held back by the filter cloth and stay in the conveyor section. For Uwe Schridde the combination of AirScrape and filter cloth is a perfect solution with 100 % efficiency. He solved the problems at the transfer point and saved costs with the DustScrape. Additionally, the dust pollution and the risk of accidents for the employees was significantly reduced. 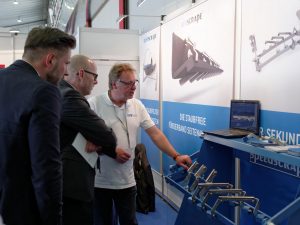 Introduction of the new SpeedScrape at the exhibition 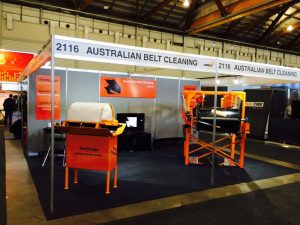 Introduction of the DustScrape to the Australian market